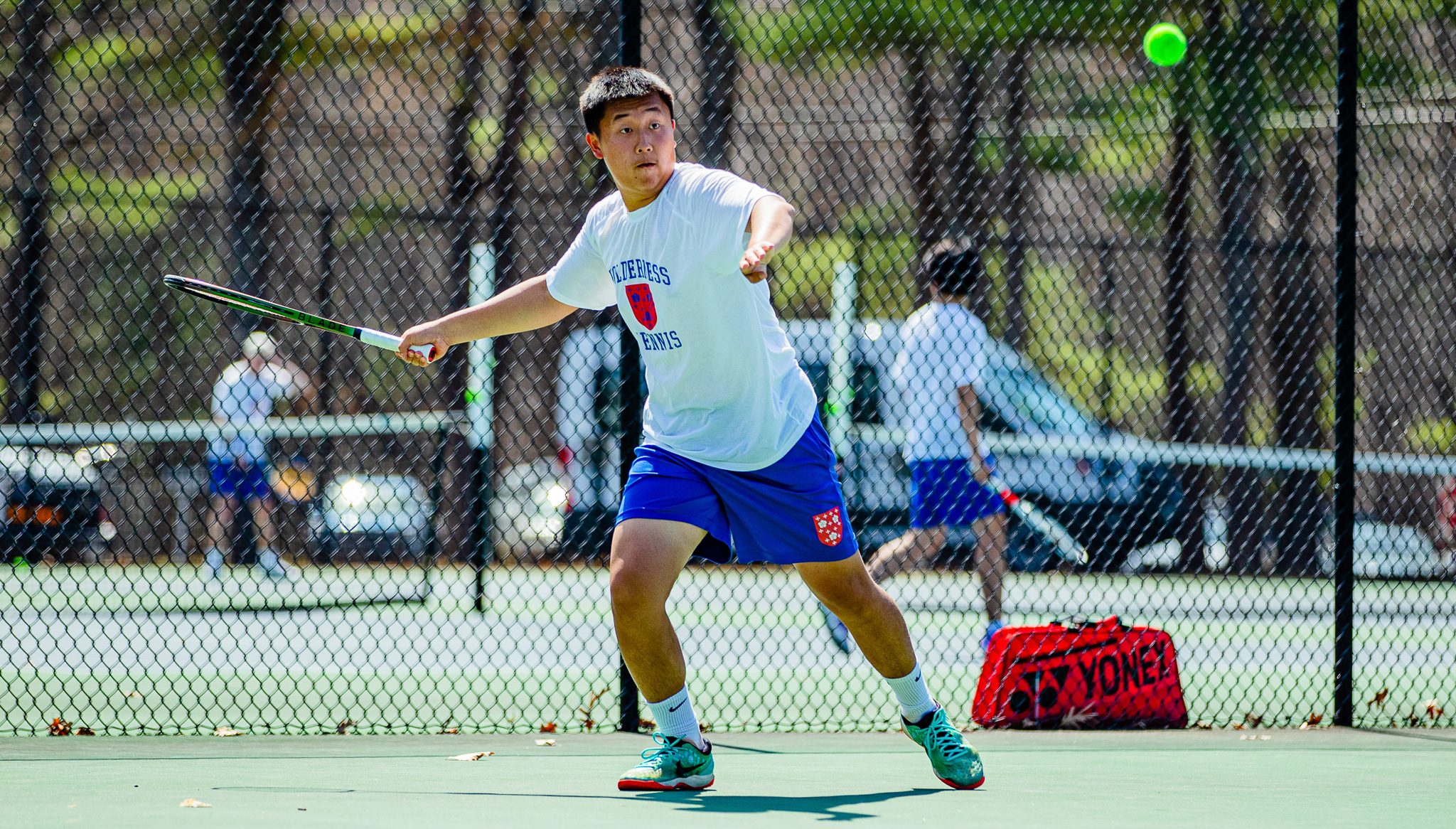 The boys varsity tennis team competes in the Lakes Region League. Matches include both doubles and singles. Doubles are played as 8-game pro sets, while singles matches are best-of-three sets. During the season, we work on a variety of skills, including serving, volleying, and footwork, as well as conditioning.

Nine Holderness School student-athletes committed to play competitive college athletics on Wednesday, May 4. These students represent some of the top athletic talent in New Hampshire and New England and are testaments to Holderness School’s culture of academic and athletic excellence.

In a moving show of support for a teammate who lost his father to cancer at the beginning of the school year, all 29 members of the Holderness boys varsity lacrosse team shaved their heads to raise nearly $30,000 for the Sarcoma Center at the Dana-Farber Cancer Institute.

There is no terrain too rugged, race too long, mountain too high, climate too severe, or obstacle too difficult to keep Mirna Valerio from feeling the power of her body and using movement as a form of liberation and wellness. In her New York Times bestselling book, A Beautiful Work in Progress, Valerio writes, “This body isn’t meant to be stagnant or cease moving. When we stop moving in mind, body, and spirit, we stop learning. When we stop learning, we stop living. Therefore, when we stop moving, we stop living. We stop evolving toward being the human we are destined to be.” This is the message she carried to Holderness School these past few days.

Holderness School is pleased to announce that Annie Smyth-Hammond ’16 will join the Admission Office as Assistant Director of Admission as well as serve as Head Coach for the Girls Varsity Ice Hockey team.

On the heels of a series of strong showings at regional races, an incredible number of Holderness School skiers have qualified for state, national, and international competitions.

Read More about Holderness Skiers Qualify for State, National, and International Competition
The selected team was not found
There are no events to display
RSS Feeds Subscribe to Alerts