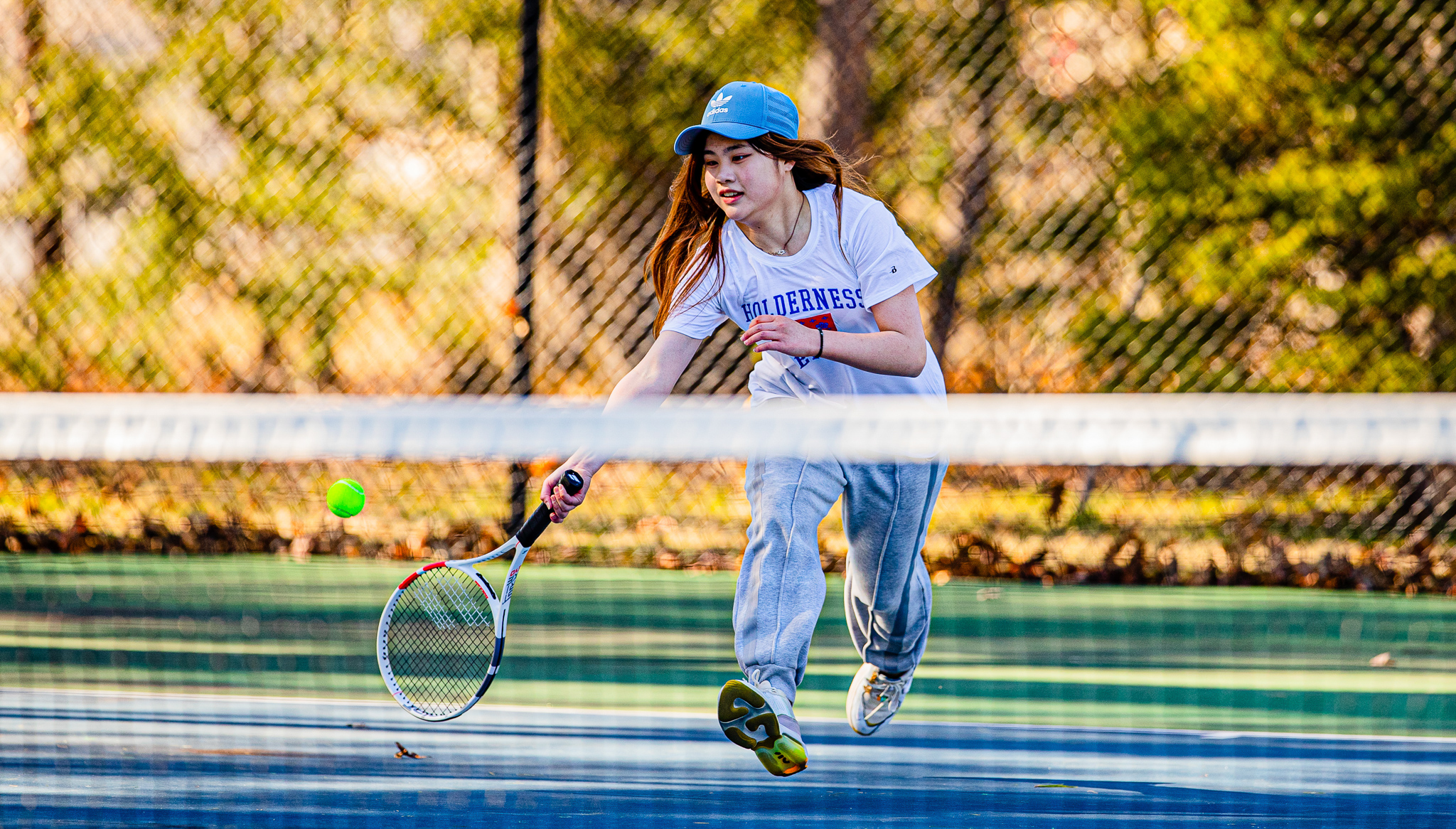 The girls JV tennis team focuses on developing fundamental skills while also fostering a fun atmosphere for players to enjoy the game. We play a competitive schedule against our fellow Lakes Region counterparts, as well as several other local schools. Our matches consist of both doubles and singles. Doubles are played as 8-game pro sets, while singles matches are best-of-three sets. We hope to instill a joy of playing tennis that lasts well beyond one’s high school career while also supporting those who wish to compete at higher levels.

Ten Holderness School student-athletes committed to play competitive college athletics on Wednesday, November 10. These students represent some of the top athletic talent in New Hampshire and New England and are testaments to Holderness School’s culture of academic and athletic excellence.

Nine Holderness School student-athletes committed to play competitive college athletics on Tuesday, April 20.  These students represent some of the top athletic talent in New Hampshire and New England and are testaments to Holderness School’s culture of academic and athletic excellence.

Read More about STUDENT-ATHLETES COMMIT TO PLAY AT THE NEXT LEVEL
HOLDERNESS SET TO BEGIN MAJOR NORDIC, TURF FIELD PROJECTS

Just as Holderness School nears completion on its new 35,000 square-foot math and science building this spring, the school is set to embark on a series of transformative upgrades to its Nordic trails and athletic fields.

Spring may have already sprung in the foothills of the White Mountains, but winter is still going strong for the Holderness School ski program with skiers competing in national championships and elite training camps across the country.

Read More about HOLDERNESS SKIERS COMPETE IN U.S. ALPINE CHAMPIONSHIPS IN COLORADO
The selected team was not found
There are no events to display
RSS Feeds Subscribe to Alerts
No players were found for this team